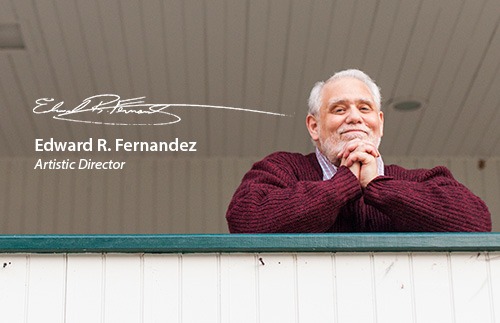 One of the greatest things about theater, is that it reminds us how deeply connected we are to one another – a connection that goes beyond race, class, gender or sexual orientation. Despite our perceived differences, we all share the same hopes, joys and fears. Theater connects us. This exciting new season brings together a collection of plays and musicals that explore our shared human experience, in spite of how different we may appear from the outside.

We couldn’t start a season without your help, your patronage, and your subscription. We are proud to bring you alongside us as producers of the best theater in the region. We have often said that it is you who make theater matter, and it will be you who gets us going financially for another wonderful season at EPAC.

Let’s explore the essence of the human connection together – we think we’ll find that we have much more in common than we thought.

This exciting new venture will be bringing quality EPAC shows into your living rooms. From original content to shows you love, EPAC at home will deliver the same energy and emotionally-captivating pieces from our stage to your screen. Click here for more information. 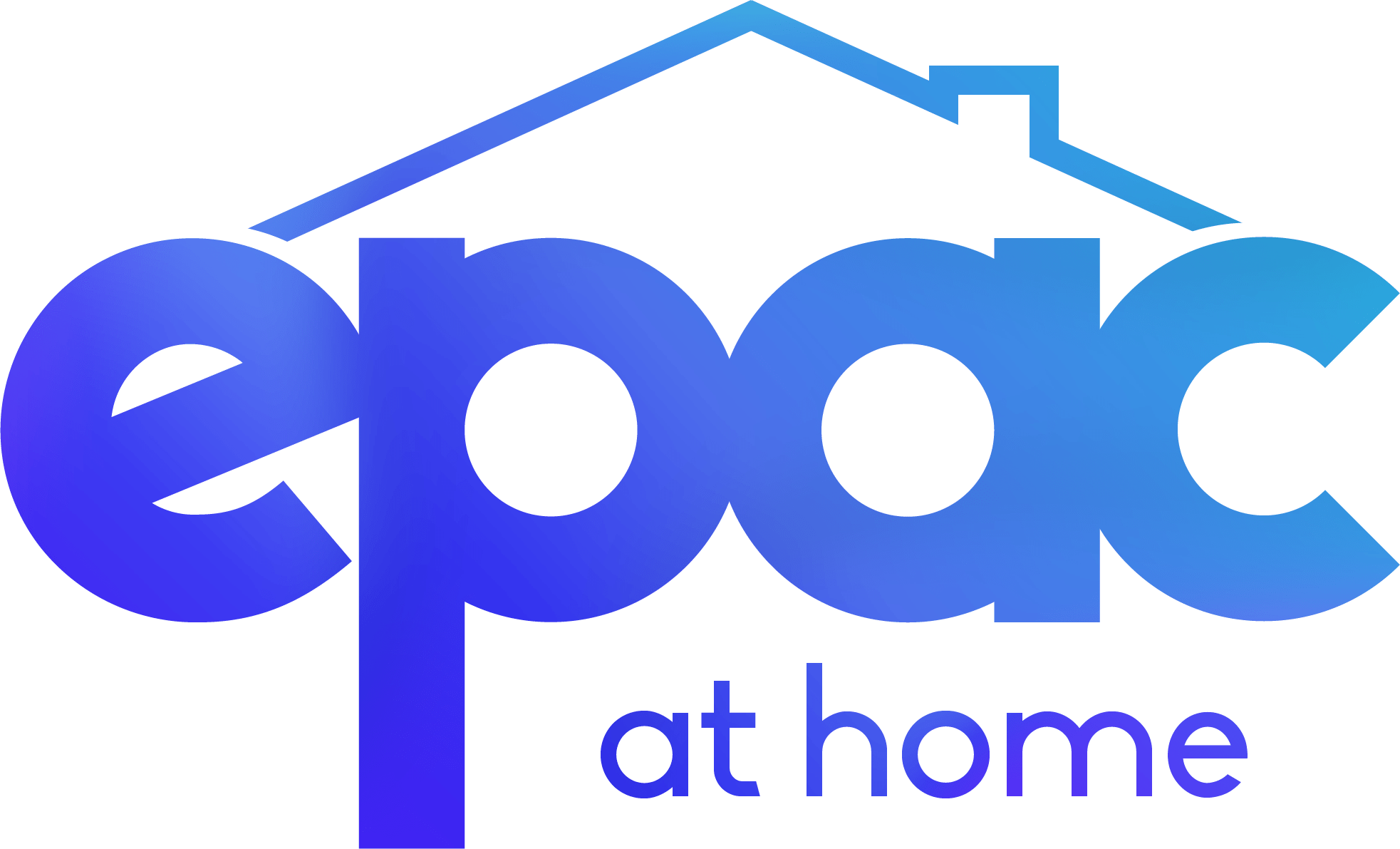 Travel back in time to South Philadelphia in 1959, for one of Billy Holiday’s last performances, while she shares stories about her life. Featuring local actress Yolanda Dwyer as Billy Holiday and Michael Truitt as Jimmy Powers, Lady Day At Emerson’s Bar & Grill will be the perfect theatrical event to help celebrate Black History Month.

THE CURIOUS INCIDENT OF THE DOG IN NIGHT-TIME

We all see the world differently, but Christopher John Francis Boone has an unusual perspective. Living on the autism spectrum, life can be tough at times, but being a mathematical genius certainly helps. After finding his neighbor’s dog stabbed with a garden fork and being wrongfully accused, Christopher takes it upon himself to solve this dark mystery. But when he uncovers more truths than he bargained for, his investigation will take him farther from home than he’s ever been alone. Based on the novel of the same name by Mark Haddon, this Tony Award and Olivier Award winning play is about more than just a murder mystery. It’s about perspective and coming-of-age. It’s beautiful, tragic, and fun.

THE BOYS IN THE BAND

A group of queer men gather together for a birthday party in a New York City apartment. Liquid courage abounds, and as the men get more and more drunk, their witty and clever humor flows more freely. Probably not a good time to start an emotional game, but hey, when do drunk people have good ideas? During the course of this strange party, the true character of these men is revealed. Although The Boys in the Band shocked the mainstream theater audience in 1968 by presenting a group of gay men unapologetically, over time Mart Crowley’s revolutionary play has ripened into a scathing comedy of manners about how a marginalized group of people deals with their marginalization both as individuals and as a group.

After they return from their honeymoon, Hedda and her new husband George Tesman try to adjust to married life. However, Hedda is a passionate, strong-willed, and intelligent woman desperately fighting to suppress her true nature and abide by the rules of the society in which she lives. The battle between Hedda’s true nature and the life she is forced to live results in chaos not only for Hedda but for all those around her. Written by world-renowned playwright Henrik Ibsen in 1890, this play is a shining example of realism and nineteenth century drama. The EPAC production of Hedda Gabler will use the new translation by British playwright Patrick Marber. This crisp, modern adaption used for the acclaimed National Theatre production in 2016 brushes the cobwebs off Ibsen’s masterpiece and brings amazing Hedda into our modern world.

Something Rotten! is an original musical comedy – especially beloved by fans of musicals, Shakespeare, and uproarious laughter – with book by John O’Farrell and Karey Kirkpatrick and music and lyrics by Karey and Wayne Kirkpatrick. It won one Tony Award and was nominated for nine others, and has several other nominations to its name. The New York Times recommends it for fans of Spamalot, The Producers, and The Book of Mormon. Brothers Nick and Nigel Bottom are playwrights struggling to keep up with the Bard himself. After all, Shakespeare literally invented swagger. Green-eyed Nick is so blinded by his jealousy of Shakespeare that he turns to the only person who can help him: a soothsayer, whose fuzzy and farcical predictions cause the brothers to write the world’s very first musical.

You are not alone. If you love to read, if you’re quirky, if you like to support your local theater by seeing amazing musicals, then you are not alone. This important lesson helps Matilda, a 5-year-old bookworm with telekinesis, to overcome many hardships. Born to dreadful parents who show no love to her, Matilda’s only solace is the fantastic worlds of books. When she starts her first year of school, Matilda will find herself surrounded by harrowing dangers and heartwarming friendships. Based on the beloved children’s novel by Roald Dahl and adapted by Dennis Kelly with music and lyrics by Tim Minchin, this outstanding musical will win your heart –just as it has won numerous awards, including Tony Award for Best Book of a Musical and seven Olivier Awards.

A GENTLEMAN’S GUIDE TO LOVE AND MURDER

After the loss of his mother, Monty Navarro finds out he is actually a member of the aristocratic D’Ysquith family and ninth in line to inherit the earldom of Highhurst. Since his childhood sweetheart, Miss Sibella Hallward, refuses to marry such a poor and hopeless chap, Monty sets out to get close to his new family and knock off all the heirs in his way. Along the way, he meets Phoebe D’Ysquith, an innocent and charming young woman. In the midst of his murderous – yet comedic – rampage, Monty finds himself quite literally trapped between two beautiful women. As the family asks themselves, “Why Are All the D’Ysquiths Dying?” Monty must ask himself whether he will marry for prosperity or passion. And as the body count rises, so does the fear of being caught. What’s a chap to do? A Gentleman’s Guide to Love & Murder is packed with hilarious and unforgettable song-and-dance numbers that have made it a force to be reckoned with.

There’s a reason that this masterpiece has lived on in our hearts for generations. This tale of love and loss, desperation and redemption, encapsulates everything that it means to be human. Based on the novel by Victor Hugo with musical adaptation by Claude-Michel Schönberg and Alain Boublil, this stunning musical is the second longest-running musical in the world, with several awards to its name. Jean Valjean has lost everything. After nineteen years in prison for stealing a loaf of bread to feed his sister’s family, starting life over as a convict is proving impossible. But when a fated encounter with a Bishop teaches him mercy and redemption, Valjean vows to devote his life to good. It proves harder than he thought. Raising a rescued orphan in a country wrapped up in a student-led French revolution effort, while being hunted by ruthless policeman Javert, it’s all Valjean can do to keep his head above water.

HEDWIG AND THE ANGRY INCH

Join us this October for a special musical event Hedwig and the Angry Inch, the gender-bent musical by John Cameron Mitchell with music and lyrics by Stephen Trask. Hedwig Robinson is a transgender punk rocker from East Germany who goes on a U.S. tour with her band, The Angry Inch. During the performances, Hedwig tells the story of her life: her transition from the boy Hansel into the woman Hedwig, her botched sex-change operation, her former lover and band-mate that stole her music for fame, her marriage to Yitzhak the ex-drag performer (who is also her talented back-up singer), and everything in between. Hedwig explores her journey to fame, the origins of love, and her own identity. EPAC veterans Alexander Gawn and Elizabeth Checchia will reprise the roles of Hedwig and Yitzhak, respectively.

As a nonprofit community based theater organization, EPAC is committed to remain a vital part of both the Lancaster County Arts and Business communities. Allow our passion to partner with your financial support and together we will achieve a lasting artistic legacy for future generations to cherish!
Check out all of our sponsorship and advertising opportunities.