Go Under the Sea with Disney’s The Little Mermaid Jr.

“Under the sea … out of this world”

Written by Doug Wright with music by Alan Menken and lyrics by Howard Ashman and Glenn Slater, this crowd-pleaser is fun for the whole family. Everyone will be singing along to such hit songs as “Part of Your World,” “She’s in Love,” and the Oscar-winning “Under the Sea.” 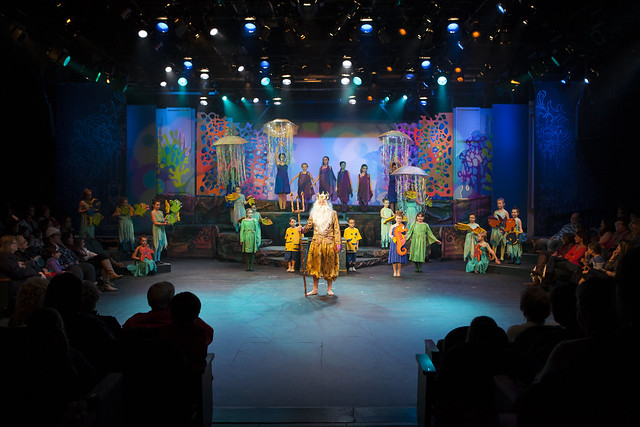 Based on the Fairy Tale by Danish author, Hans Christian Anderson, the story of “The Little Mermaid” has entertained young and old since its first publication in 1837. The story follows a young mermaid who dreams of life as a human being, and the world beyond the sea. But in order to become human and find love, she must give up her beautiful voice, defy her father, and get past Ursula, the evil sea witch.

Follow Ariel from her first glimpse of the handsome Prince Eric to her underwater journey where she has a run-in with Ursula to meeting all of her aquatic friends. Does she have what it takes to defy her father, King Triton? Will she overcome Ursula’s evil plan? Can she win Prince Eric’s trust?

Come to the show and find out! The Kids4Kids series provides a great experience for local children between the ages of 5 and 16.
They get to hone their craft while forging new friendships—all while touching the lives of everyone who comes to see the show!
Disney’s The Little Mermaid Jr. is directed and choreographed by Irving Gonzalez, with musical direction by Michael Truitt.