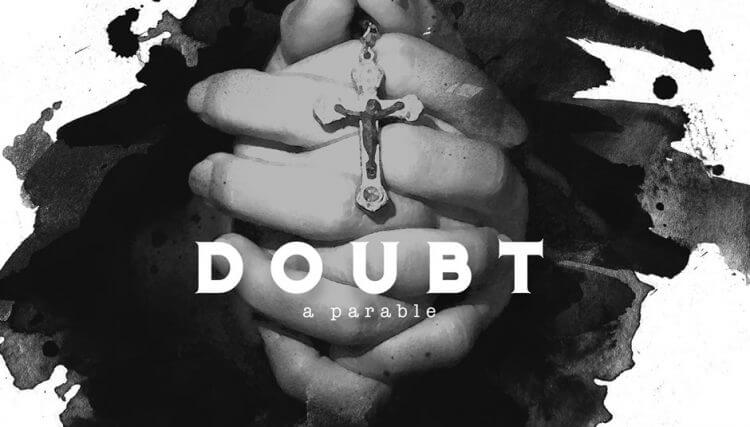 Are your convictions certain? Keep your eyes open as Doubt weaves its way to EPAC.

Doubt is one of the most renowned plays of our time. EPAC is thrilled to present this topical, relevant, and controversial play to you, our loyal audience. The play is set in the fictional St. Nicholas Church School in the Bronx during the fall of 1964. It opens with a sermon by Father Flynn, a beloved and progressive parish priest, addressing the importance of uncertainty (“Doubt can be a bond as powerful and sustaining as certainty,” he says). The school's principal, Sister Aloysius, a rigidly conservative nun vowed to the order of the Sisters of Charity, insists upon constant vigilance. During a meeting with a younger nun, Sister James, it becomes clear that Aloysius harbors a deep mistrust toward her students, her fellow teachers, and society in general. Naive and impressionable, James is easily upset by Aloysius’s severe manner and harsh criticism. Doubt takes the uncomfortable subject of child abuse within the Catholic Church and distills it down to a parable about the philosophical and human aspects of incrimination. The play was turned into an Academy Award-nominated film starring Philip Seymour Hoffman as Father Flynn and Meryl Streep as Sister Aloysius. Doubt: A Parable is surely an important play for our times, and we look forward to taking a fresh look at this modern classic.

The inspiration for the 2008 Academy Award-winning movie of the same name, Doubt deals with the uncomfortable and controversial issues of child abuse within the Catholic Church and forms a parable of incrimination and humanity. Take the philosophical plunge!

EPAC’s Show Sponsor is the EPAC Board of Directors

This special legacy piece is going to be raffled during the run of Doubt with the drawing to be held closing day, September 16. You need not be present to win! Raffle tickets will be sold 1 for $5, 3 for $10, and 8 for $20, with all proceeds benefiting the Ephrata Performing Arts Center, your home for theater that matters!