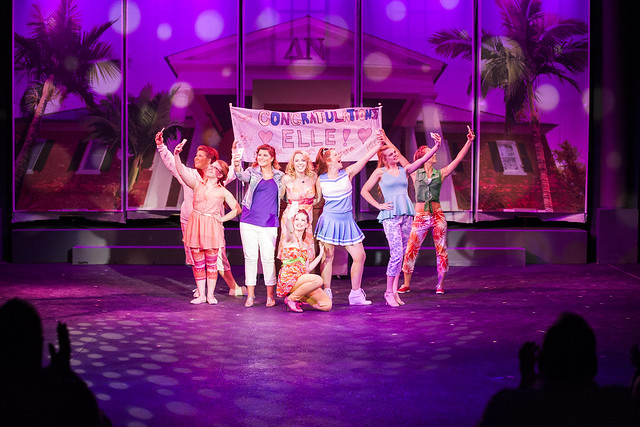 The Ephrata Performing Arts Center will present the hilarious musical comedy Legally Blonde July 24 – August 9 at the Sharadin Bigler Theatre. This fun-filled delight follows Elle Woods as her life is turned upside-down when her righteous boyfriend dumps her to go to Harvard Law School…as if! Elle is like, totally determined to get her boyfriend back and uses her valley girl charm to get herself into Harvard, where she finds learning a gnarly challenge.

With the help of hairstylist extraordinaire Paulette Bonafonté and the young totally tubular attorney Emmett Richmond, Elle quickly realizes her potential and sets out to prove herself to the world. Soon she triumphantly demonstrates that being blonde and being smart are not mutually exclusive attributes…like, for sure!

This musical comedy will be directed by Cody Smith with musical direction from Cheryl Markle, set design by Michael Rhodes and Lighting design by Jeff Cusano. Amy Ward will play Elle Woods with Sean Deffley as Emmett Forrest, the smart and sensitive law student who takes Elle under his wing. Jim Rule tackles the role of Professor Callahan, a pompous law professor at Harvard. Niki Swatski will be styling and profiling as the boisterous Paulette Bonafonte, the hairdresser who helps Elle achieve her dream of finding the perfect manicure.

With music and lyrics by Laurence O’Keefe and Nell Benjamin and book by Heather Hach, this raucous musical comedy is sure to make your summer theater season a fun one.

The Ivy League will never be the same!

“‘Legally Blonde the Musical’ is a wonderfully delightful show.”