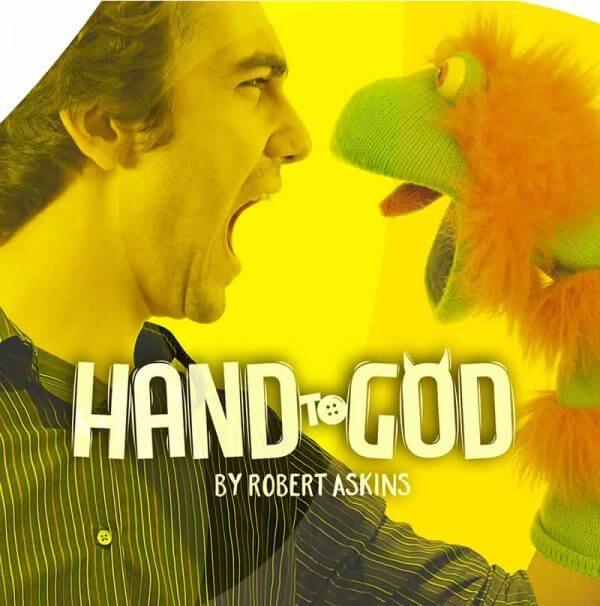 Take a walk on the wild side with Hand to God at EPAC!

Hand to God is a dark comedy about a troubled teen and his puppet, written by Robert Askins. After the death of his father, Jason joins a Christian Puppet Ministry to help with his anxiety. It helps all right, but not in the way that he or his mother had hoped. Jason may be timid, but his puppet, Tyrone, is certainly not.

Tyrone is rude, irreverent, dangerous, and not afraid to say all of the things that Jason knows he shouldn’t say to his mother, the bully, and the girl next door. Something like this shouldn’t happen in a small town like Cypress, Texas! Is the puppet possessed, or is Jason losing his grip on his sanity?