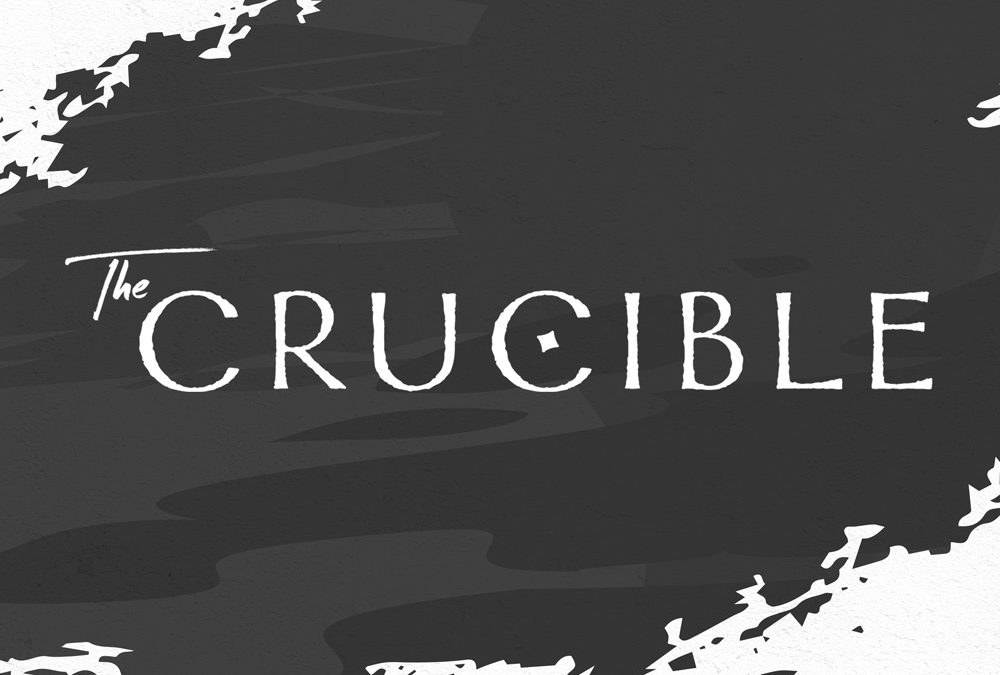 Recommended for 13+.
Written by Arthur Miller

See the Arthur Miller classic like you’ve never seen it before. Based on the Salem Witch Trials of 1692, a village is plunged into hysteria after a string of accusations of witchcraft threaten the status quo and leads to a purge of anything perceived to be “different.” This dramatic story of coercion, justice, and consequences truly stands the test of time, and is sure to please audiences once it is given new life on the EPAC stage.

The story focuses upon a young farmer, his wife, and a young servant-girl who maliciously causes the wife’s arrest for witchcraft. The farmer brings the girl to court to admit the lie—and it is here that the monstrous course of bigotry and deceit is terrifyingly depicted. The farmer, instead of saving his wife, finds himself also accused of witchcraft and ultimately condemned with a host of others.

Winner of the 1953 Tony Award for Best Play. This exciting drama about the Puritan purge of witchcraft in old Salem is both a gripping historical play and a timely parable of our contemporary society. “A powerful drama.” —NY Times. “Strongly written.” —NY Daily News.

Arthur Miller (1915-2005) was born in New York City and studied at the University of Michigan. His plays include THE MAN WHO HAD ALL THE LUCK (1944), ALL MY SONS (1947), DEATH OF A SALESMAN (1949), THE CRUCIBLE (1953), A VIEW FROM THE BRIDGE and A MEMORY OF TWO MONDAYS (1955), AFTER THE FALL (1964), INCIDENT AT VICHY (1964), THE PRICE (1968), THE CREATION OF THE WORLD AND OTHER BUSINESS (1972), THE ARCHBISHOP’S CEILING (1977), THE AMERICAN CLOCK (1980) AND PLAYING FOR TIME. Later plays include THE RIDE DOWN MT. MORGAN (1991), THE LAST YANKEE (1993), BROKEN GLASS (1994), MR. PETERS’ CONNECTIONS (1998), RESURRECTION BLUES (2002), and FINISHING THE PICTURE (2004). Other works include “Focus,” a novel (1945), “The Misfits,” a screenplay (1960), and the texts for “In Russia” (1969), “In the Country” (1977), and “Chinese Encounters” (1979), three books in collaboration with his wife, photographer Inge Morath. Memoirs include “Salesman in Beijing” (1984) and “Timebends,” an autobiography (1988). Short fiction includes the collection “I Don’t Need You Anymore” (1967), the novella “Homely Girl, a Life” (1995) and “Presence: Stories” (2007). He was awarded the Avery Hopwood Award for Playwriting at University of Michigan in 1936. He twice won the New York Drama Critics Circle Award, received two Emmy awards and three Tony Awards for his plays, as well as a Tony Award for Lifetime Achievement. He also won an Obie award, a BBC Best Play Award, the George Foster Peabody Award, a Gold Medal for Drama from the National Institute of Arts and Letters, the Literary Lion Award from the New York Public Library, the John F. Kennedy Lifetime Achievement Award, and the Algur Meadows Award. He was named Jefferson Lecturer for the National Endowment for the Humanities in 2001. He was awarded the 2002 Prince of Asturias Award for Letters and the 2003 Jerusalem Prize. He received honorary degrees from Oxford University and Harvard University and was awarded the Prix Moliere of the French theatre, the Dorothy and Lillian Gish Lifetime Achievement Award, and the Pulitzer Prize.